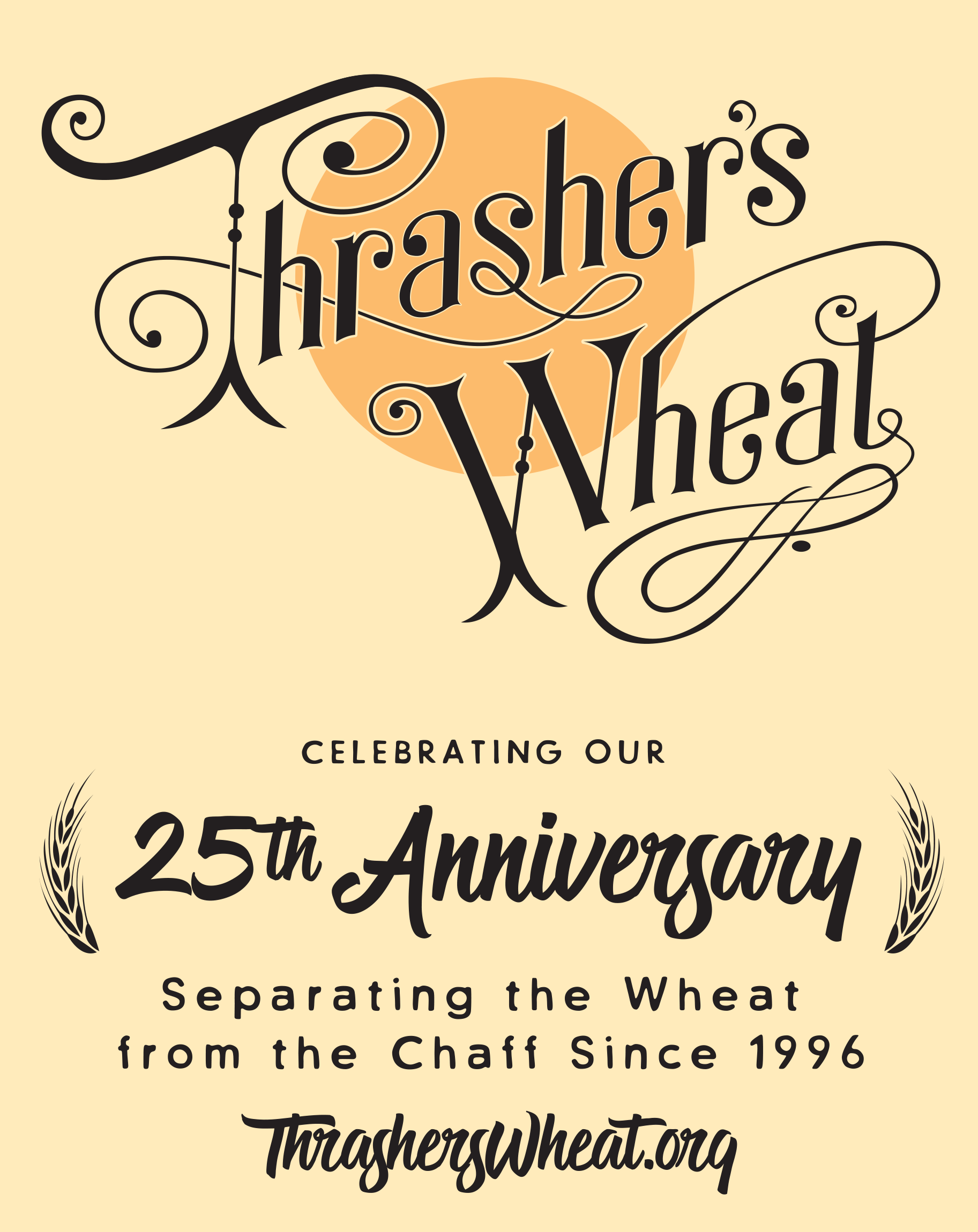 All of the latest Fresh Wheat on Neil Young News


"Someday You'll Find Everything You're Looking For" 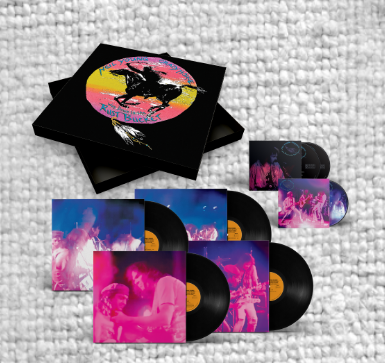 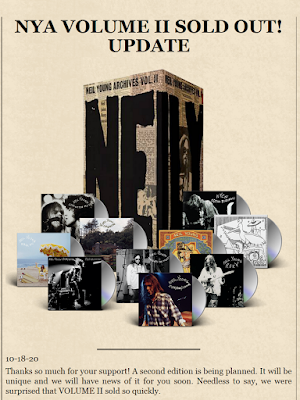 SOLD OUT:
Neil Young Archives Volume II Blows It Out in 48 Hours 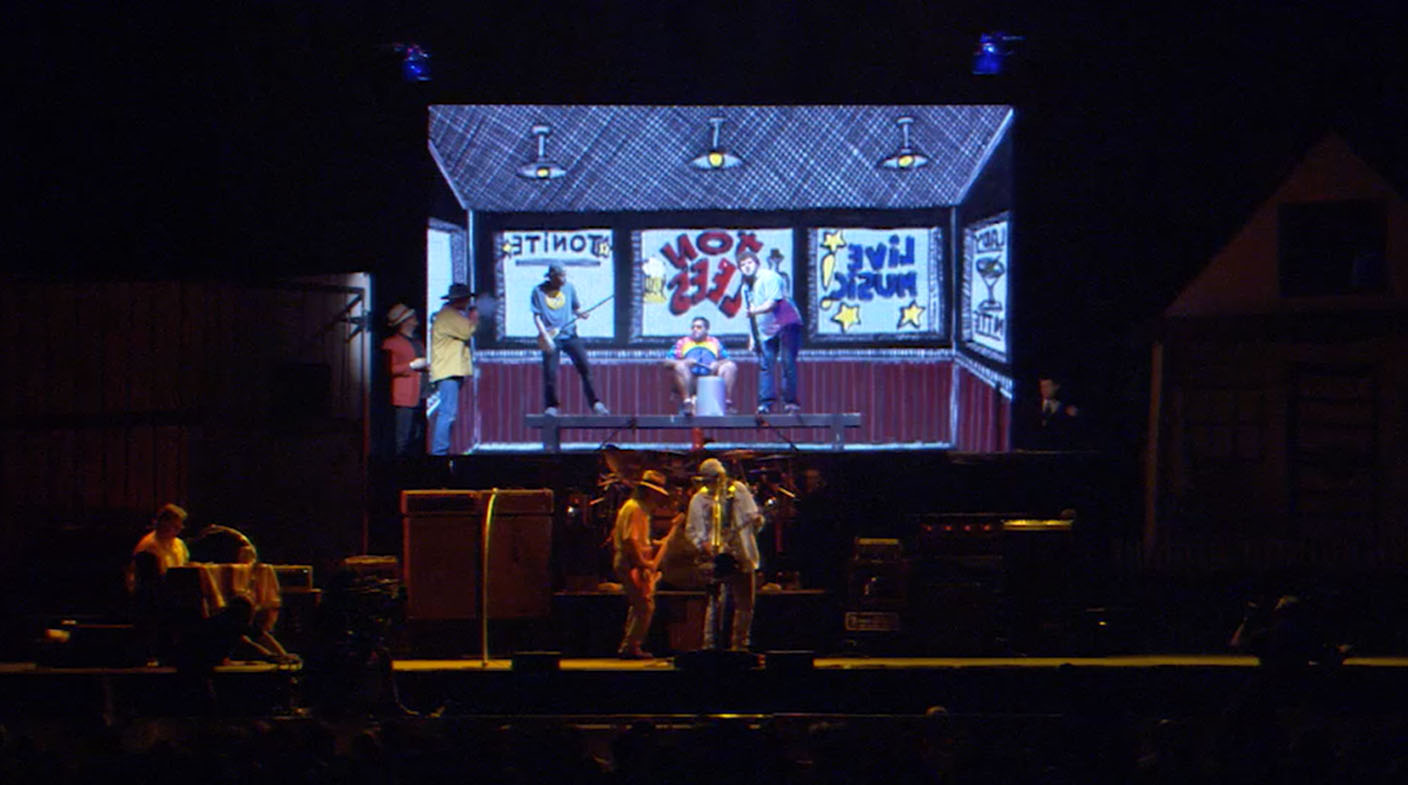 The music of Neil Young, also known as the Godfather of Grunge and the second most influential singer-songwriter of the 20th 21st century still performing today, is traced from the rusted road to the human highway. You'll find everything you're looking for with Neil Young and Crazy Horse postings archived from 1993 to date including concert reviews, album reviews, interviews, lyrics analysis and more. Starting with the always stunning song "Thrasher". On to other great shows and friends. In the Field of Opportunity, it's plowin' time again. Nothing but fresh wheat as the chaff* has been left behind.

Happy harvesting and Don't Be Denied! 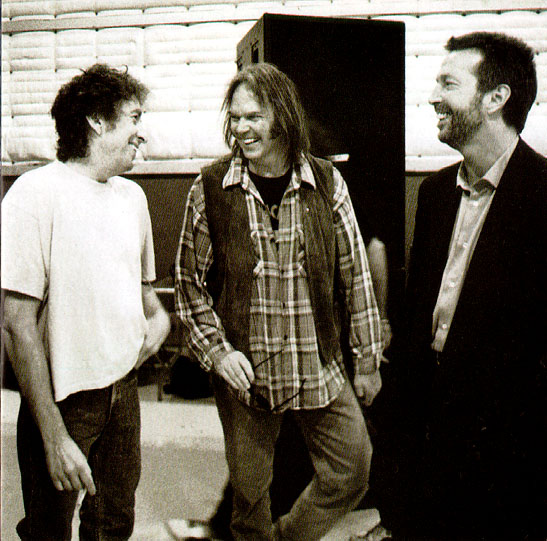 This Notes For You - Neil Young Album Reviews

Please Take My Advice - Interviews with the Godfather of Grunge

Time Fades Away - Magazine/Newspaper Clippings on The Loner

Years of the Horse - Tales of the 3rd Best Garage Band in the World, Crazy Horse

And there ain't nothin' like a friend - Friendships of Neil

Getting Blown Away - Media Clips of Rock-n-Roll Cowboy

Excursions into Alien Territory - Thank You, My Friend

Everybody Knows This is Nowhere - Other Great Neil Young Links 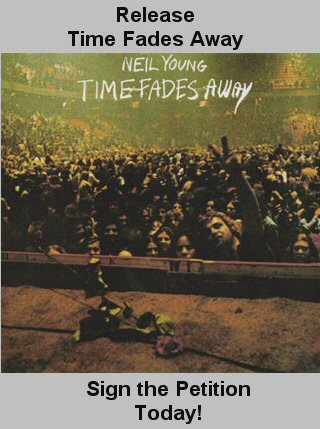 So what is Thrasher's Wheat all about and why?

When we first started Thrasher's Wheat back in 1996, we were feeling overwhelmed by the flood of Neil Young information on the Internet. When we joined the original Neil Young mailing list Rust@Death founded by Dan Farmer, author of the infamous SATAN** program, back in 1993, the volume of posts to RUST averaged half dozen or so a day. By the time we headed for the Human Highway ditch, the volume on RUST had exploded to about 75 a day. As of mid-2003, RUST@Yahoo posts are sometimes averaging over 150 posts per day.

Our original thinking at the time was to create a site for the busy reader. A Neil Young internet portal that one could go on occasion and check in on some interesting Neil Young reviews and opinions of concerts, albums and films. It was never intended to be an up to date official Neil news site or a bootlegs guide. More like a fan club page of research for Young scholarship on a PhD that keeps us searching for a heart of gold.

Another motivation for this site was a firm belief that Neil Young's work deserved the in depth critical analysis that is widely accorded to Bob Dylan. It was this investigative research on the intersection of Bob Dylan's lyrics and Neil Young's music that jump started the core of Thrasher's Wheat's archives.

Around 1998, we stopped updating Thrasher's Wheat due to time constraints. Also, we were experiencing some Neil burnout and weren't being particularly inspired by the music of the late '90's and early 21st century. But love of Neil Young's music and lyrics has never diminished. His unique sound and style has become one that we have all grown to love.

With the arrival of Greendale in 2003 -- for us -- Greendale was like a sledgehammer to the anvil of truth and awakened this blog from it's post-9/11 dormancy. Because when Neil Young Sings Truth To Power, The World Listens.

Greendale is some of Neil's most interesting material since the Sleeps with Angels and Mirror Ball era, so we have been inspired to update Thrasher's Wheat for the first time in years and to celebrate Thrasher's 10 year anniversary of joining RUST. Similarly, sometimes folks will say "Whatever happened to Neil Young?". Well, just as Neil never went away and continues to make great music, Thrasher's Wheat is dedicated to satisfying that question. So what you have is an archive of Neil Young and Crazy Horse information.

What we're trying to do is archive some of the best writing on Neil that we find on the Internet. Whether it's a RUST, Human Highway post, Usenet post or major media publication.

On a side note, it seems that some folks like to write about Trasher instead of Thrasher. Just curious about this frequent typo? And speaking of curious things, like the urban legend about the Neil Young and Lynyrd Skynyrd "fake feud myth", here's a FAQ of facts and trivia. And another side note, someone recently pointed out when you click on a link on Thrasher's Wheat it becomes "purple words on a gray background." Pretty cool. ;)

Also, check out Thrasher's Blog, a Neil Young blog and more. Some rock-n-roll ramblings on some of my other favorite music that's been inspired and influenced by Neil like Pearl Jam, Lucinda Williams, Wilco, The Jayhawks, My Morning Jacket, and more.

In 2004, Thrasher's Wheat moved to its own domain. While the earthlink.net domain served us well over the years, the crush of Greendale traffic caused problems on bandwidth consumption. So we'll see how this all works out.

FWIW, we were born in 1960, down by the docks of the bays. As a student of everything esoteric, we have been searching for truth all of our lives, looking to make sense of all the beauty and insanity on this earth. In that time, we have developed a holistic body of work here on Thrasher's Wheat from Neil Young's music and wisdom which links arts, science, philosophy and spirituality into a single framework of ever expanding understanding. We want to share what we have with the world, becoming teacher to some and student to all others. Our goal is to help ourselves and others become better music lovers and truth seekers, and with the wisdom gained in the process, make this planet EARTH the paradise it was meant to be. We are just happy to give back to a world and universe that we have received so much from as "The Big Shift" approaches. namaste

So if you see something interesting let us know. In the meantime, as Neil Young says: Keep on Rockin' and Be The Rain! Be The Change ! Be The Wheat!

And in these TIMES, we especially urge folks to keep calm and no fear. (psst .. here's how ...)


Why we do what we do? The Big Secret reveal.

p.s. - Question -- What is the goal of this website? Why do we share different sources of Neil Young information that sometimes conflicts or might even be considered Neil Young "bashing".

Answer -- The primary goal of Thrasher's Wheat is to help all people become better Neil-seekers in a real-time boots-on-the-ground fashion. This is for the purpose of learning to listen and think critically, discovering the truth of music from within—not just listening to music blindly because it came from an "authoritative voice" like a Bob Dylan or Neil Young. Instead of telling you what the truth is, we share information from many sources so that you can disCERN it for yourself. We focus on teaching you the tools to become your own authority on the truth of music, gaining self-mastery, sovereignty, and freedom in the process. We want each of you to become your own leaders and masters of personal disCERNment, and as such, all information should be vetted, analyzed and disCERNed at a personal level. We also encourage you to discuss your thoughts in the comments section of this site to engage in a group disCERNment process.

"It is the mark of an educated mind to be able to entertain a thought without accepting it." – Aristotle

.(Note:You are not required to leave an email address.)

"The Harvesters" by Pieter Bruegel the Elder, ~1565
Harvest album by Neil Young 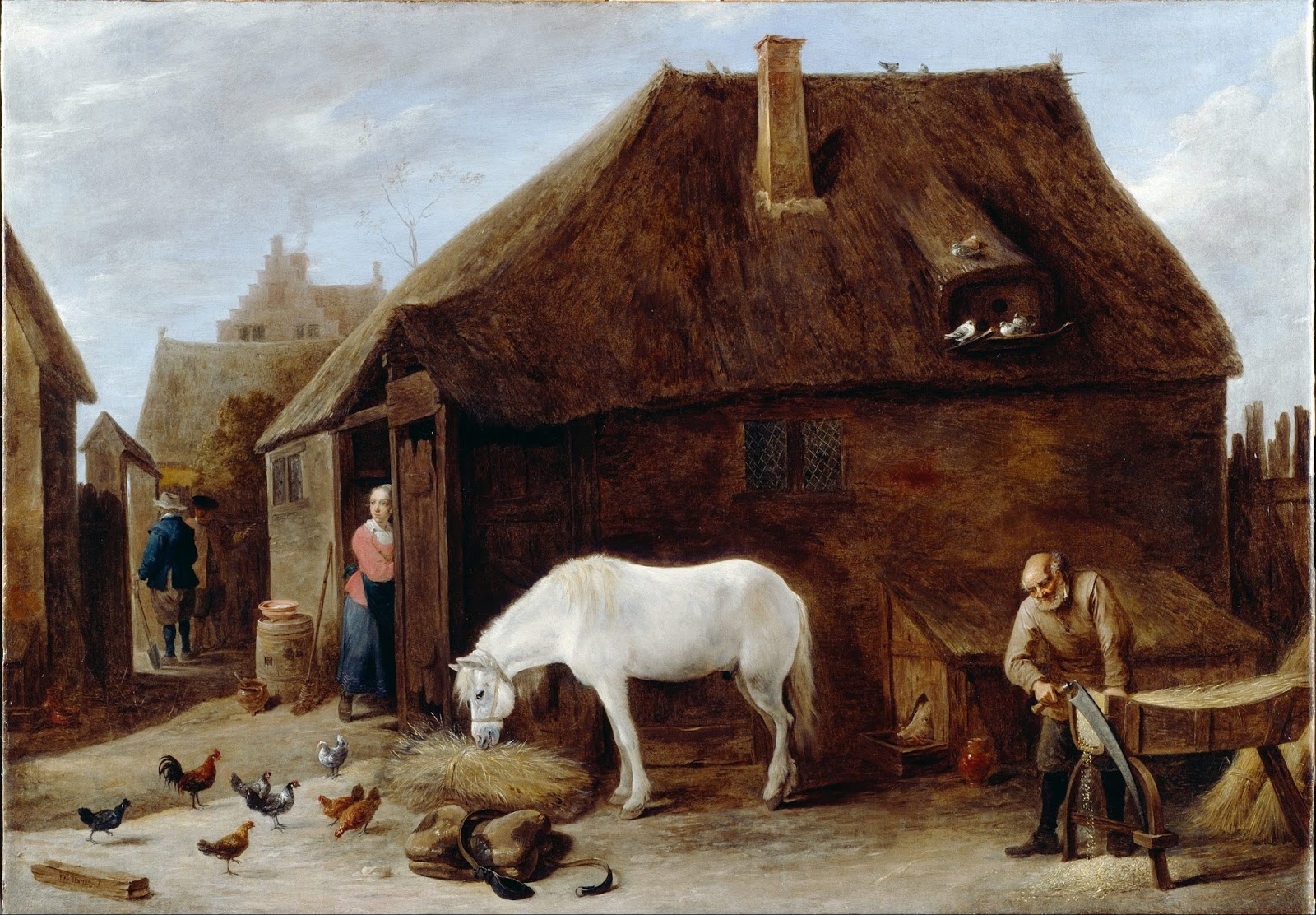 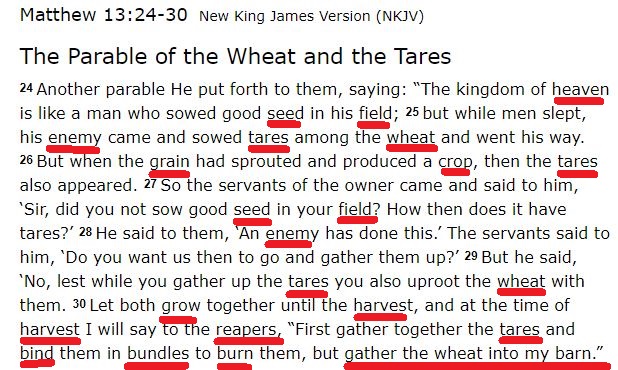 Matthew 3:11-12 "As for me, I baptize you with water for repentance, but He who is coming after me is mightier than I, and I am not fit to remove His sandals; He will baptize you with the Holy Spirit and fire. "His winnowing fork is in His hand, and He will thoroughly clear His threshing floor; and *He will gather His WHEAT into the barn, but He will burn up the CHAFF with unquenchable fire."